She walked into the restaurant with a toddler tangled in her arms.  “Mama! Mama! Mama!” the boy cried.  A man trailed behind them, a high chair in one hand and a bulky bag in the other.  She thanked the server, then wrangled the boy into the high chair.   They all sat.  The boy immediately began pointing and talking, repeating questions and demanding attention.  She made eye contact with the woman at the next table, feeling embarrassed by the boisterous boy.  The woman stared at the boy and then regarded the mother.  She reached into her bag and pulled out her ear buds.  Eyes fixed on the loud boy, she put on the headphones, and turned up the volume.  The mother sighed and observed her chattering son.  She felt rejected and judged.  She felt anxious about his noise.  She felt angry at the snooty woman.  No matter where they went, she couldn’t shake the feeling that everyone was annoyed.  As the boy banged on the table, she prayed for patience.

She was sitting in her favorite restaurant.  It was the end of another long week.  She was tired.  So very tired.  It, at least, felt good to be out of the house.  After months of grief, she started to feel like she could breath again.   She looked up from her computer to see a woman walking toward her.  In her arms a sweet boy squirmed and said “Mama!  Mama!  Mama!”  The sound hit her like a stone.  The heaviness returned in her chest.  She watched the mother sit the boy in the high chair.  She watched the father drop the diaper bag next to the table.  She watched the beautiful boy wiggle and point and talk.  Something inside her began to crack.  She locked eyes with the mother, trying hard to hide the pain.  Before it overwhelmed her she grabbed her headphones and shoved them into her ears.  She couldn’t bear to hear it.  She couldn’t listen to the boy without falling apart.  She turned up the volume trying hard to ignore them.  She felt embarrassed by her inability to even smile.  She felt angry at her loss.  She tried to take a breath and turn her attention back to her work.  She noticed another woman walking into the restaurant.  This woman was so put together in heels and tailored jeans and beautiful makeup.   Feeling self conscious of her own messy hair and blemished face, she went back to typing.  She hoped that someday the emptiness would be gone.

She moved slowly, measuring every step.  She felt the eyes of everyone burning her skin.  She regretted the heels.  She wasn’t used to walking in them yet.  She withered past the table of grandmothers.  There was a woman at a computer looking at her.  She avoided eye contact.  The woman resumed typing.  She slipped into the booth and pulled out her phone, but couldn’t resist peeking at the woman working next to her. She was absorbed in whatever she was typing.  She looked so natural as she worked, pausing only to sip her coffee.  How long does it take to feel so confident?  It was six months since the surgery and no matter how many different hairstyles she tried, no matter how well she tailored her clothes, people always gawked.  People would always think of her as a freak.   From the table in the corner she heard the carefree giggle of a little boy.  It reminded her of her nephew.  She watched the dark haired boy banging on the table.  Her own nephew would be about that age.  She missed him.  She shuddered thinking of the day she told her family.  “Can I get you something to drink?” she was glad to have the thought interrupted.  She reminded herself to leave the past in the past and picked up the menu.

“When will you find out if she got in?” her friend asked.  They were discussing the grand kids.  Between the three of them there were 14 grandchildren.  That meant the monthly breakfast went on for hours.  They’d been talking about her oldest granddaughter who was graduating.  It still surprised her to think of all the years she’d known the women on either side of her.  When she buried her husband 5 years before, these two beloved women had been her rock.  Together they’d tackled cancer, lost jobs, moving apart,  divorce, adoption, rehab.  30 years of friendship means life deals a multitude of hands.   She looked past her friend at the family in the corner with the wriggling talking child.  She noted the melancholy woman sitting next to them.  She watched an inconspicuous woman brush by their table.  Then she looked at her two friends.  She loved these women dearly.  Her heart felt full.  As she surveyed the restaurant she saw another table of younger women sitting together.  She saw a young couple drinking mimosas and laughing.  Her eyes followed their server, a young girl with long brown hair, bustling around the restaurant.  She wondered if their lives were very different from hers.  She hoped, at least, that they had someone that loved them the way she loved these women.  “Hello?  Where did you go?” her friend called, waving a hand.  She smiled.  The three women stayed together talking for the rest of the day and on into the evening.  There were so many stories to tell. 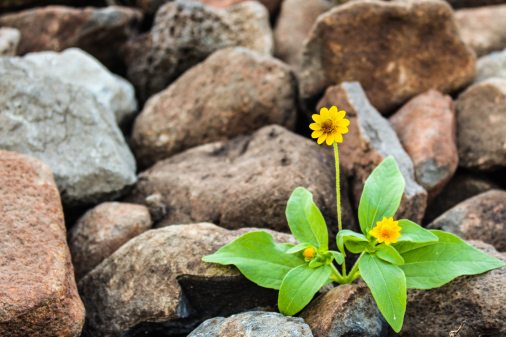 Pen to paper
The Gloria Sirens

Leap Out of the Deep and Sing

Inside The Kandi Dish

reading and writing the Rust Belt