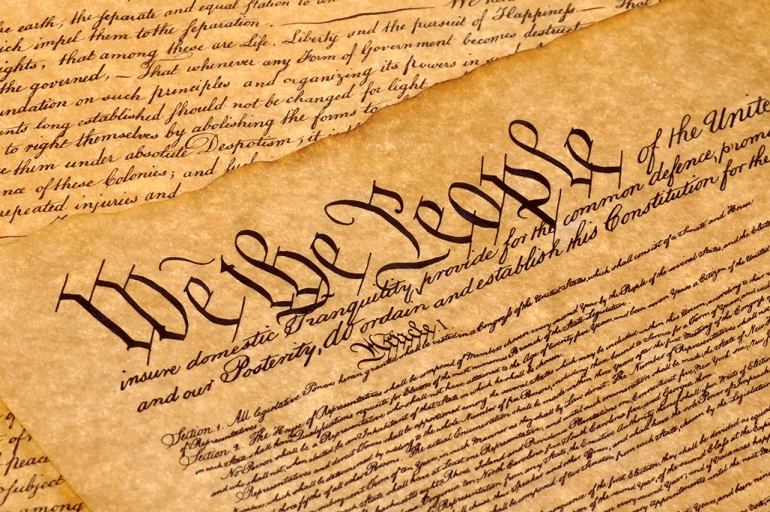 Note: I began writing this shortly after the Parkland shooting.  I’ve read through it many times now and I know there is so much more I could say.  For the sake of brevity, though, I will not go further than I have here.   Also, full disclosure, my initial draft was pretty snarky.  I’ve done my best to tone down some of that sass because it’s time to have real conversations about guns rather than just insulting and arguing.  Here goes…

It is possible to love guns and not be an asshole about it.  The two are not mutually exclusive.  It’s possible to want to change gun laws and still believe in the right to bear arms.  Though the NRA likes to boil everything down to a few blithe sayings.  These are the cliches of assholes.  They are wholly unnecessary and counterproductive.

“You can take my gun when you pry it from my cold dead hands.”

THAT is an asshole thing to say especially to anyone who has recently had to hold the cold dead hands of a loved one killed by gun violence.  But moreover, nobody wants to take your guns.  I know there’s a brainwashed terror of gun owners that the government is “coming for your guns,” but it’s just not true.   It’s shortsighted and obtuse.  Owning something that can take another life, well, that’s complicated.  It has to be.  It will never be as simple as “let’s just confiscate all the guns”, in the same way that it will never be as simple as “give everyone all the guns.”   It’s a bit boorish to equate regulation with confiscation.  One does not automatically mean the other will occur.  There’s no slippery slope here.   We have speed limits on our roads to make driving safer.  We didn’t impound all the cars in the country when people starting dying in accidents.  We regulated them.  I recently listened to an interview in which a pro-gun representative compared guns killing people to spoons.  Spoons?  Really?  It went like this: “People have heart attacks from eating too much ice cream with spoons, but we don’t take all the spoons away.”  That right there…that’s being an asshole.  There’s no other way to describe that incredibly insensitive, stupid, false equivalency.

No shit.  As if we don’t already know that guns themselves don’t have self-determination.  They don’t act on their own.  They are inert, cold, unfeeling.  They are tools.  And yes, it does usually take a human person enacting force upon the steel trigger to make the gun deadly.  Thank you for the physics lesson.  No one is saying that there aren’t deeper issues here with mental health or with bullying, or with criminal intent.  It’s true, those things exist.  It would be wonderful if we could legislate our way to a perfectly educated, rational, compassionate, kind and thoughtful nation of people.  But somehow we haven’t mastered that yet so maybe let’s start smaller.  For example, by making the tools that allow mentally disturbed people to kill others harder, or dare I say impossible, to obtain.  I take glassware away from my toddler because she’s not equipped to handle it.  She may drop it, break it and cut herself.  That doesn’t mean we don’t have any glass in our house.  It also doesn’t mean that I believe that we should take ALL the glass out of the homes of all the people.  It just means that I make glassware inaccessible to her because she’s a child.  We need to find ways to make guns inaccessible to people who cannot manage them safely.  Maybe that means stricter permits, maybe that means annual license renewal, maybe that means raising the age limit, maybe that means teaching more vigorous gun safety classes for gun owners.  I don’t know, but I believe that if we put our heads together we can get creative and come up with a way to make everyone safer.  Let’s not just shut down the whole brainstorm by spouting some cliche that states the obvious.

Well shit.  If only there was a test that we could all take to determine who is bad and who is good?  Do all people that take guns and shoot other people think of themselves as bad?  Do others always know that they are bad?  Maybe in some cases, but the Vegas shooter had NO RECORD of “being bad.”  And where exactly would we have posted the “good guy” in that situation?  To further my point though, very few humans actually engage in malice with the full knowledge and intention of doing harm to others.  Sadly, most believe that what they are doing is justified.   They believe they are correcting a problem or that they have no choice in the matter.  They believe they are the good guys.  Dylan Roof believed he was a soldier acting in some secret race war.  My point is, not all bad guys are actually bad guys until they go on a shooting spree.

But look, I’ll go with this one.   Let’s run this thought experiment through.  So, we put armed guards in schools.  They’ll be our good guys.  Let’s even arm them with the oh-so-coveted AR-15.  Give them maximum killing capacity.  My understanding of most of the school shootings is that they were premeditated.  In fact, that most of time the killers had an arsenal of weapons.  Now, assuming there is funding somewhere in the budget to pay for two fully trained armed guards at every school, all we’ve really done is add a variable.  Banks have security measures and they still get robbed.  If a person is compelled to do a thing, especially if they believe they must do the thing in order to rectify wrongdoing in the world, and if they have an arsenal at their disposal, then they will plan for the things that will stop them.  They will consider all the variables.  It won’t necessarily alter the outcome.  Sure, sure, maybe they won’t get off as many rounds.  Or kill as many kids.  That’s what we’ve come to though?  Just bargaining with the quantity of deaths?  There is one surefire way to eliminate the death altogether.  If there is no arsenal.  If they have no guns, or at least no automatic guns, then there is no mass killing.  There is no stand off between armed “good guys” and armed “bad guys.”   I know the NRA loves this solution because it means more guns.  And I don’t blame them for loving this solution or the “arming teachers” solution.  They are the NRA.  That’s what they do.  But we don’t have to be controlled by that rhetoric.  We have the freedom and ability to disagree with them and still respect the constitution.

In the end, the NRA is just a business.  They are selling a product, albeit a deadly one.  We the people, need to have the wherewithal to see that product for what it is without feeling like we are betraying something innate to our liberty.  The right to own a gun isn’t the real problem.  The refusal of gun lovers to discuss the nuances of that right IS.  You’re not an asshole if you own a gun.  You’re not an asshole if you’re a member of the NRA.  But you are an asshole if you shut down painful conversations by being glib.  The time for spouting propaganda fed to us by the NRA is over.  It’s time to set aside the cliches and have a real conversation.  Maybe we’ll actually save lives in the process.

Pick Me Up Poetry
The Teaching Factor